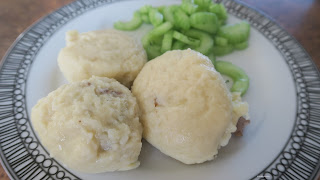 Last night Sweden hosted the EuroVision Song Contest, it's become a tradition for Trevor and I to cook a dish from the host country to enjoy before settling down to the show.


I've always been a EuroVision fan, I think it stems from the fact that my Dad used to let us stay up late to watch the results. When we were little that was a massive treat, we even had real branded Mars bars too. Let me tell you a late night Mars bar after our usual bedtime was very exciting and we'd be bouncing off the walls, giddy with delight and probably sugar by the time the results were announced. 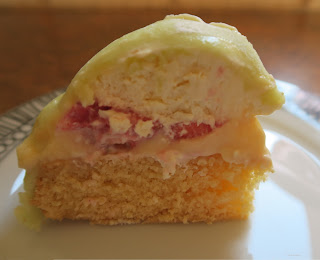 I introduced Trevor to EuroVision when we moved back the the UK in 2008. It was the same year that Graham Norton took over as commentator and I wasn't sure what to expect. But it was still the same cheesy EuroVision with witty commentary that I loved and Trevor liked it too. He added the cooking element to the night and one of our first traditions as a couple was born. The EuroVision Dinner.

We made Swedish meatballs back in 2013 when Sweden were hosting. The inspiration for that probably came from the Ikea meatballs and lingon berry jam. This year we had to do a little more research and found recipes for gravlax with sauce, kroppkakor (a potato dumpling), followed by Swedish princess cake. 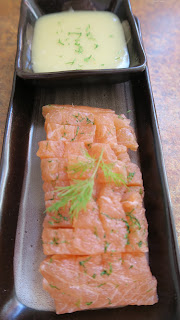 The fun of the cooking new recipes lies in not knowing what to expect. The kroppkakor, a type of dumpling made from mashed potato filled with pork and then boiled was new to us both. We've found that recipes often expect a certain level of knowledge and miss out key instructions like what size the dumpling need to be. Having never seen a kroppkakor before we had to guess and feel our way through the recipe. I adore this type of cooking, it's like a the technical challenge part of the Bake Off TV show.

We made the dumplings too thick and we thought that adding herbs or cheese to the mash would have given them more flavour. If we hadn't been looking for a recipe to match with the EuroVision we'd never have thought of boiling potatoes after they were mashed so it's opened a whole new line of kitchen experimentation for us. Plus, we had very full stomachs to set us up for a boozy night of EuroVision fun.


When did you last try a new recipe?