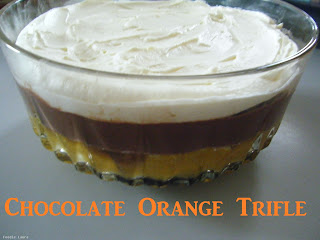 It was another dramatic week in the land of Great British Bake off this week with both Deborah and Mark leaving the show. Deborah was in a flap after mistakenly using Howard's custard in her trifle and Mark just didn't impress with flat meringue islands and oversized macarons. Stress levels were running high with the floating islands, it's not a dish I've ever come across before, I've never poached a meringue either and that looked tricky but Glenn handled it with ease. Crème angliase always comes up on Great British Bake Off I'd put it on my list of essentials to practice for potential Great British Bake Off contestants.


Ali had a perfect trifle, everyone was impressed with Glenn's islands and Beca's mini macarons were spot on. Star baker went to Christine with her quirky brand snap cornets. Kimberley and Frances were consistently good too. Rob had a bit of a wobble with less precision than we usually see from him but I'm sure he'll pull it back next week.


I adore trifle and knew straight away this is what I would be making from this weeks show. On the Bake Off they are looking for distinct layers and a firm custard. I went for a chocolate orange version. I did take a short cut and use ready made chocolate rolls, luckily I'm not being judged. I was short on time and I thought these little mini rolls were just the right size although I later found they were too small as they disintegrated in into the jelly.

I layered the chocolate rolls and orange segments then made an orange jelly to pour over it. After it set I added what I hoped would turn into a thick chocolate custard and finished it off with a simple whipped cream. Next time, I'll soak the cake in an orange liquor as the alcoholic hit of this dessert was definitely missing, in fact the cake element almost seemed to disappear in the bitter jelly, large robust Swiss rolls are needed to suck up the jelly.


My chocolate custard was perhaps a little on the thin side but it was really chocolatey. I added a little almond milk to the cream to give it nutty flavour. For a first attempt it was good, my guests certainly enjoyed it but by Bake Off standards it needs some refinement.


Next week is pies and tarts. I do love a good custard tart. I'm not sure what I'll bake yet, perhaps I'll have some inspiration after I watch the show. Do you have any early pie ideas?