I'm very fortunate that my family grow their own great produce. When I got this haul from the greenhouse I knew I wanted to make something that would allow me to enjoy the lovely flavours of the garden through the winter so I decided to make some relish. This was my first attempt and I didn't post the recipe earlier as I wanted to taste it after it matured. It is beautiful, a success I'm happy to share. 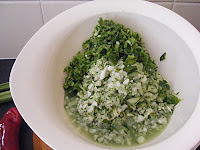 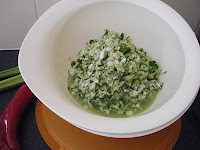 Dice cucumber in the Tupperware quick Chef and then  put them into the pro mixing bowl.
Do the same with the peppers... 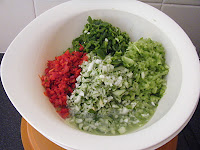 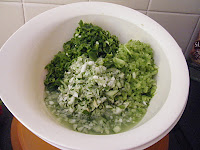 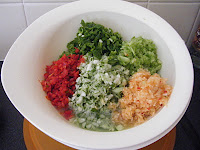 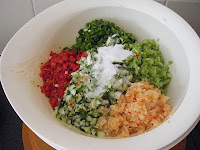 and onions.
Then add the salt. 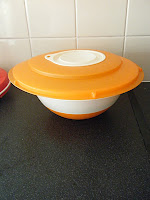 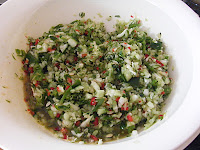 Mix the ingredients together,

place the lid on the bowl and leave to stand for one hour. 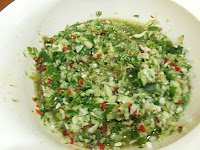 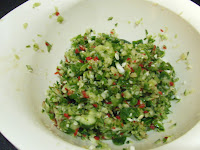 The salt will draw the liquid out of the vegetables.
Drain this off using the lipped edged of the Tupperware pro mixing bowl. 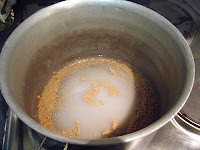 Boil the vinegar and mustard seeds in a large pan. 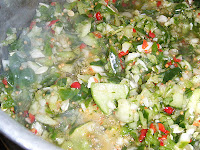 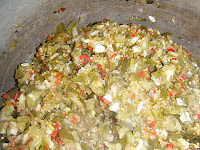 Simmer until the vinegar is absorbed and the rest of the liquid evaporates. 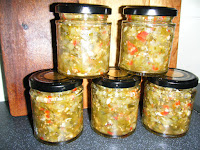 Pack into sterilized jars and put down to marinade until the winter.

This recipe was written when I was a Tupperware consultant. I originally launched Foodie Laura as blog to promote Tupperware utilising recipes which is why you will find Tupperware heavily mentioned in these early posts.